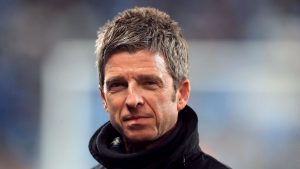 Noel Gallagher is planning to record an album’s worth of lost Oasis songs.

The rocker has stumbled across a number of tracks he wrote that didn’t make it onto any of the group’s albums, and he’s hoping to re-record them for an upcoming project.

“I’ve listed the proper songs and there were 14,” he told The Sun.

“They just fell by the wayside of various projects from down the years. I’m going to record them. Some are quite old school” Gallagher went on.

“I was looking at the track listing and thinking, ‘Actually, f’ing hell, no I’d approach that song differently’. It’s been very interesting,” the hitmaker mused.

But don’t expect him to reunite the band for the project – Noel and his former bandmate and brother, Liam, are still not on speaking terms after over a decade of estrangement, despite the latter’s efforts to offer the guitarist an olive branch last year, amid calls for a get-together.

Noel, who quit the band midway through a European tour in 2009 after a fight with his sibling, has yet to respond.