Mel C: ‘Victoria Beckham is coming around to the idea of a Spice Girls return’

Mel C: ‘Victoria Beckham is coming around to the idea of a Spice Girls return’ 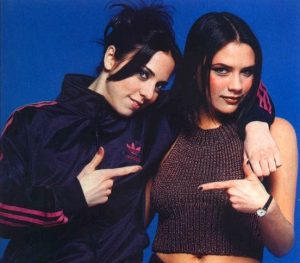 Victoria Beckham is considering a return to the Spice Girls, according to former bandmate Melanie Chisholm.

The singer-turned-fashion designer decided to sit out the Spice World – 2019 Tour, but Mel C insists the current quartet hasn’t given up on a full band get together.

“We’re still really close and it’s so important to us that she is happy with everything,” she told Zane Lowe on the latest episode of Essentials Radio on Apple Music 1. “She (Victoria) was very involved in the creative and everything that we were doing in the show. And I think she really found it difficult. That first night, when the pictures (of the reunion meeting) were beamed all over the world, it was hard for her… I feel for her.

“The thing is now, we have come to this point in our lives where we do, we really respect each other. And we never want anyone to do anything they don’t feel comfortable doing. But yeah, we might have to get her hypnotised. I have to say, I feel like she’s coming around. So we’ll keep working on her.”

But Beckham has made it clear a return to performing is currently not on the agenda for her, and has publicly revealed she was never comfortable singing and dancing in the Spice Girls, who this year celebrate the 25th anniversary of the release of their first single, Wannabe.