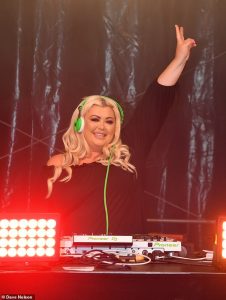 Reality TV legend Gemma Collins’ career change has come at the perfect time as she could earn up to £25,000 per gig when clubs eventually reopen

Gemma Collins has set her sights on a career as a DJ.

The former TOWIE star, 39, appears to be broadening her showbiz horizons amid the pandemic and is keen to spin tunes in a bid to keep her adoring fans entertained.

The reality TV superstar, who is already offering herself out to do sets later this year, could earn up to £25,000 per gig when the clubs eventually reopen.

Although she doesn’t know much about the art of spinning decks, Gemma is determined to become a professional by the time the UK clubs open again.

Luckily for her, a close friend has already offered to show her the ropes in a bid to kickstart her new career as a DJ.