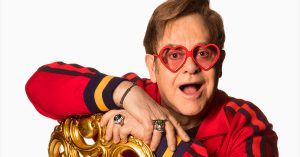 Elton John and Sting are among 110 musical artists who have signed an open letter to the U.K. government demanding visa-free touring in the European Union (EU).

The letter comes after the government confirmed it had turned down a post-Brexit deal which would have enabled touring in the E.U. without visas, with culture minister Caroline Dinenage saying that the arrangement “would not have been compatible with the government’s manifesto commitment to take back control of our borders”.

While she said that the “door is open” for the E.U. to consider the U.K.’s “very sensible proposals”, she added that musicians and artists touring Europe “will be required to check domestic immigration and visitor rules for each member state in which they intend to tour”.

However, the lack of a deal didn’t go down well with some of the biggest names in the music industry, including Liam Gallagher, Brian May, Roger Daltrey, Radiohead, and Glastonbury Festival founder Michael Eavis.

The letter, organised by the Incorporated Society of Musicians, reads: “The reality is that British musicians, dancers, actors and their support staff have been shamefully failed by their government.

“The deal done with the E.U. has a gaping hole where the promised free movement for musicians should be. Everyone on a European music tour will now need costly work permits for many countries they visit and a mountain of paperwork for their equipment.”

It added: “We call on the government to urgently do what it said it would do and negotiate paperwork-free travel in Europe for British artists and their equipment.

“For the sake of British fans wanting to see European performers in the U.K. and British venues wishing to host them, the deal should be reciprocal.”

The Who star Daltrey added to Sky News of the letter: “What’s (Brexit) got to do with the rock business? As if we didn’t tour in Europe before the E.U..”